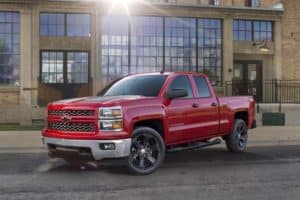 General Motors Co is recalling 1.205 million pickup trucks and sport utility vehicles worldwide due to issues with a temporary loss of power steering, the No.1 U.S. automaker said on Thursday.

The recall covers certain 2015 Chevrolet, GMC and Cadillac pickup trucks and SUVs, and includes about 1.02 million vehicles in the United States.

GM spokesman Tom Wilkinson said the automaker has received reports of 30 crashes and two injuries, but no deaths linked to the recall.

The problem may cause difficulty steering the vehicle, especially at low speeds, increasing the risk of a crash, according to auto safety regulator National Highway Traffic Safety Administration.

GM dealers will update the power steering module software, free of charge for owners of the affected vehicles.

In 2017, GM had recalled nearly 800,000 pickup trucks worldwide because of the same problem.

0 comment(s) so far on GM to recall about 1.2 million vehicles worldwide