These 10 cars have the best resale value after 5 years 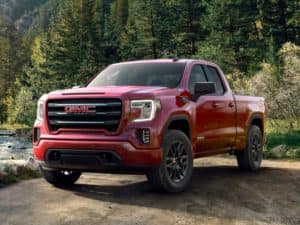 When deciding to buy a car, one important factor to consider is how much that car will be worth if you decide to sell it. If you know that you sell your car every five years and buy a new one, for example, buying a car that will retain its value over those five years will help defray the cost of your new vehicle.

The automotive data and research site iSeeCars.com has compiled a list of the 10 cars that experience the lowest amount of depreciation over a five-year period. To create the list, the site examined over 4.3 million sales of vehicles from model year 2013 to determine which models lost the least amount of value five years after they were first sold.

“For consumers who buy new vehicles and sell them around the five-year mark, choosing a model that retains the most value is a smart economic decision,” iSeeCars CEO Phong Ly said in a release accompanying the study.

Six of the 10 spots on the list are occupied by pickup trucks, which depreciate less than any other segment, according to iSeeCars. On average, the pickup trucks included in the study depreciated by 41.3%, compared to 51.9% for SUVs and 54.1% for passenger cars.

“The lower depreciation for pickup trucks is likely because it is a growing vehicle segment and their popularity is keeping values high,” Ly said.

Fiat Chrysler and Toyota each have three vehicles on the list, more than any other automakers. Combined, they accounted for four of the top five spots.

These are the ten cars that experience the smallest amount of depreciation over five years.